Thank you for visiting! I have moved this blog to Wordpress.
Posted by Unknown at 10:03 No comments:

Day 8 of NaNoWriMo: in which I forgot to write my blog

After a slow start and a brief interlude to do some objective planning, pace is picking up again.
I decided to head back to my opening chapter and rewrite the entire thing. I wasn't happy with the introduction to various characters, so it had to be done relatively early. The opening scene in the novel is pivotal to how the characters interact and trust one another, so revising it sooner means that those relationships will have more chance to bloom as I write other parts.
This was all back on Sunday, so I've fallen behind a few days on the blog. I'll do my best to catch up, but only if there's something to catch up on. What I have found is that I'm finding it much easier to just pick up the laptop and write.
In the past, I used a variety of mediums. If the computer didn't draw on inspiration, a pencil and paper always got the juices flowing. NaNoWriMo has helped me realise, and build the habit, that scribbling on a laptop can be just as effective as a notepad. However, on the plotting phase, pencil and paper was definitely easier for scribbling and doodling. It was that process that helped me revise the direction that I was headed.
A key part of this novel structure for me is to draw on recent experience with an editor I'm working with. My previous MS was littered with to be's and to look's and so my task for this novel has been to effectively avoid them where possible from word one. It's been a great exercises so far and has definitely worked--I can highly recommend it to anyone. So, here's your challenge for day 9: write 1,667 words, or more, without a single was, were, is or looks! Go on... Live dangerously!
Posted by Unknown at 23:26 No comments:

Day 7 of NaNoWriMo: in which I turned to the dark side

Ever since I can remember doing any form of writing, I have been a 'pantser'. Not through any specific desire to be one who flies by the seat of their pants, nor did I set out to abjectly avoid doing any plotting of any kind. More because, that was how I wrote. 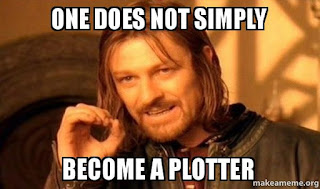 A contemporary once pointed out to me that, in actual fact, the version of my story that they were reading actually felt like an incredibly well fleshed out plot. It was something that hit me in two ways. Firstly, I thought, oh crap!, realising that what I thought was a well fleshed out to novel needed serious amounts of work. Secondly, I saw that, actually, she was 100% correct. 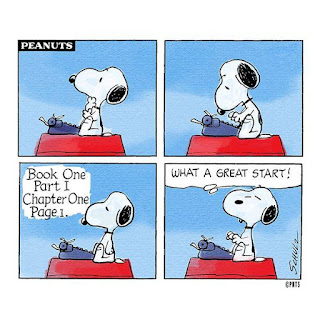 The most recent novels I have been working on have all stated of really well, but tended to fade a bit after a few chapters. I realised that this was because I didn't really know where they were headed or how they would get there. My previous two novels, which were pantsed to completion, I had a very clear direction for them both. The recent ones, I had an idea, and that was all in truth. So, after much deep thought, deleted texts and false starts, I began plotting!

I now have a fifteen chapter outline plot, which I intend to flesh out and then begin rewriting. It's okay, though, I should still finish if I commit to NaNoWriMo! My target word count for the book is about 25,000 as it's a middle grade story. So it should be totally doable, once I know where I'm going.

So for the first time in my life, I'm going to find out what it's like to be a plotter from start to finish ;)

Day 5 of NaNoWriMo: in which the cold wins

This will just be a short update as illness is winning over writing! Managed to write some words today, but ended up doing a lot of sketches for picture books and rewriting synopses and query letters.

Hopefully the next few days will pick up and I will defeat this horrible cold. Going back to a cosy bed :( here's a nice Greecian sunset to keep you happy :) 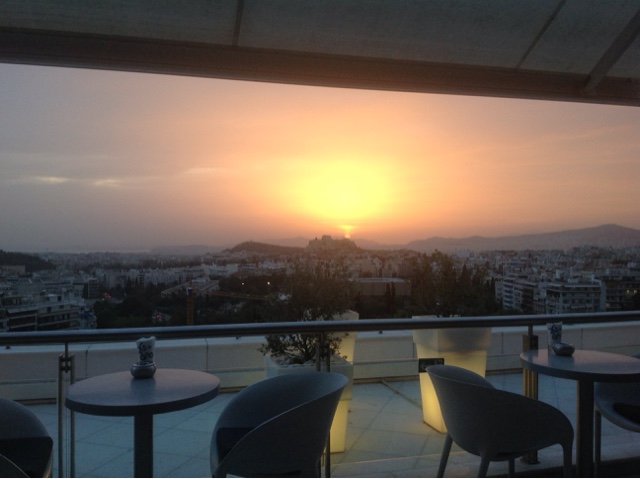 Day 3 of NaNoWriMo: in which motivation returns and a darkness occurs

But now I've given myself a bit of a problem. My project started out as a nice, Middle Grade Science Fiction story with throwbacks to a few of my favourite books of all time (no spoilers!). Seemed like a great idea at the time and it had the potential to really kick ass. Then I wrote a chapter tonight that has flipped this novel on its head.

I wrote one those chapters. The kind of chapters that makes you think, 'did I just come up with that?' It was seriously dark, surprisingly disturbing and I think if it happened in real life would ultimately cause me to lose all faith in humanity.

But it resonates with the world today in a way that is equally disturbing, so it has to stay in there! And it works. It just does. So the conundrum: do I push the novel up into Young Adult to make the subject a bit more reasonable, or do I risk pushing the boundaries at Middle Grade and hope that the dark side works and is accepted in the context in which is written.

It has definitely moved the book on to a new phase and absolutely demolishes the crappy chapter that I chopped out yesterday in a vent of tired frustration. I guess we see what tomorrow brings!

Happy writing out there to all you NaNoWriMo'ers!
Posted by Unknown at 13:39 No comments:

Day 2 of NaNoWriMo: in which work gets in the way 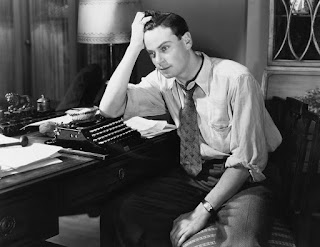 What a day! If you had told me that two days in to NaNoWriMo I'd already be falling behind, I wouldn't have believed you. Unfortunately, you'd be correct and I'd be wrong.

The best laid plans etc, etc, scuppered by a busy day at work and lack of time to write in the evening. Rather than keeping on target with another 1,667 words to build up a buffer for bad days, it appears that I have had my first bad day. I'm now on 50% average of good days versus bad days.

I did manage 1,408 words, which isn't too horrific. However, it means that I need to make up for 659 words tomorrow to restore my buffer. I'm already tired (from work not writing) and tonight is not the night to be staying up late and catching up as I've another busy day of meetings tomorrow and need to be fresh.

I never thought this would be easy, but getting into a habit of writing is proving to be a bit more difficult than I anticipated. But still, I will push through and I will catch up!

My plan for tomorrow is to jump forward a few chapters and escape the doldrums of world building chapters (I'm writing MG Sci-Fi so an element of building is required) to focus on some key action events. Hopefully, I can use it to spur me on to write 2,000 or so words tomorrow to get me back on track. But, to be honest, I haven't got the faintest idea what the scene will involve as yet. One of the joys of being a pantser!

Onwards and upwards!
Posted by Unknown at 14:58 No comments:

Day 1 of National Novel Writing Month: in which a novel begins

November sees the start of #NaNoWriMo - although maybe it should be renamed GloNoWriMo!

I have decided to take on the challenge this year, despite failing to even write a word last year. But, just to add on the pressure of writing 1,667 words per day for a month, I will chronicle my exploits on this blog.

So, 1st November and the first day of the challenge has passed. Was I successful? I am pleased to say that I smashed through the 1,667 barrier and soared on to 1,806 words - ending at a convenient point of the closure of the first chapter.

My aim will be to build up a habit of writing in the evenings, but today was broken up into three sessions due to (a) it being Sunday and (b) opportunity knocking.

I have decided to stick to my preferred category of Middle-Grade with this novel, but have decided on a Sci-Fi/Dystopian genre. I came up with what I though was a great storyline and have bundles of enthusiasm for seeing this one through to the end! I don't want to give too much away, except that the MC is a young lad named Billy Walker.

Billy has found himself landed in a do or die situation. He has the skills he needs to survive, although he may not be aware of it at the moment - I'm not even sure I am aware of it either. There are a few challenges that I have already planned to throw in his way and have even thought about adding another POV - although I'm not 100% sure on that yet.

Day 1 is complete. Day 2 looms on the horizon. If you're reading this, thanks. The opening blog is likely to be a bit dull, but I guarantee you I will hit the wall shortly and things will get a bit more exciting. I may even release a few excerpts!

If you're taking on the challenge too, let me know and we can hook up on the NaNoWriMo site and/or Twitter.

Happy writings!
Argyle
Posted by Unknown at 14:00 No comments: